One of the coolest things about living in the country is the occasional wildlife that stops by.  In this post, I share the wild turkeys and some fun facts about them in this Wild Turkey Sighting Post.

Oliver and Kink Kitty When Turkeys Drop By

How cool is that… turkeys decided to stop by the woods near our bonfire the other spring night. In this video see how new pup Oliver and Kink Kitty act.

This video is on my YouTube page at Bren Haas Channel 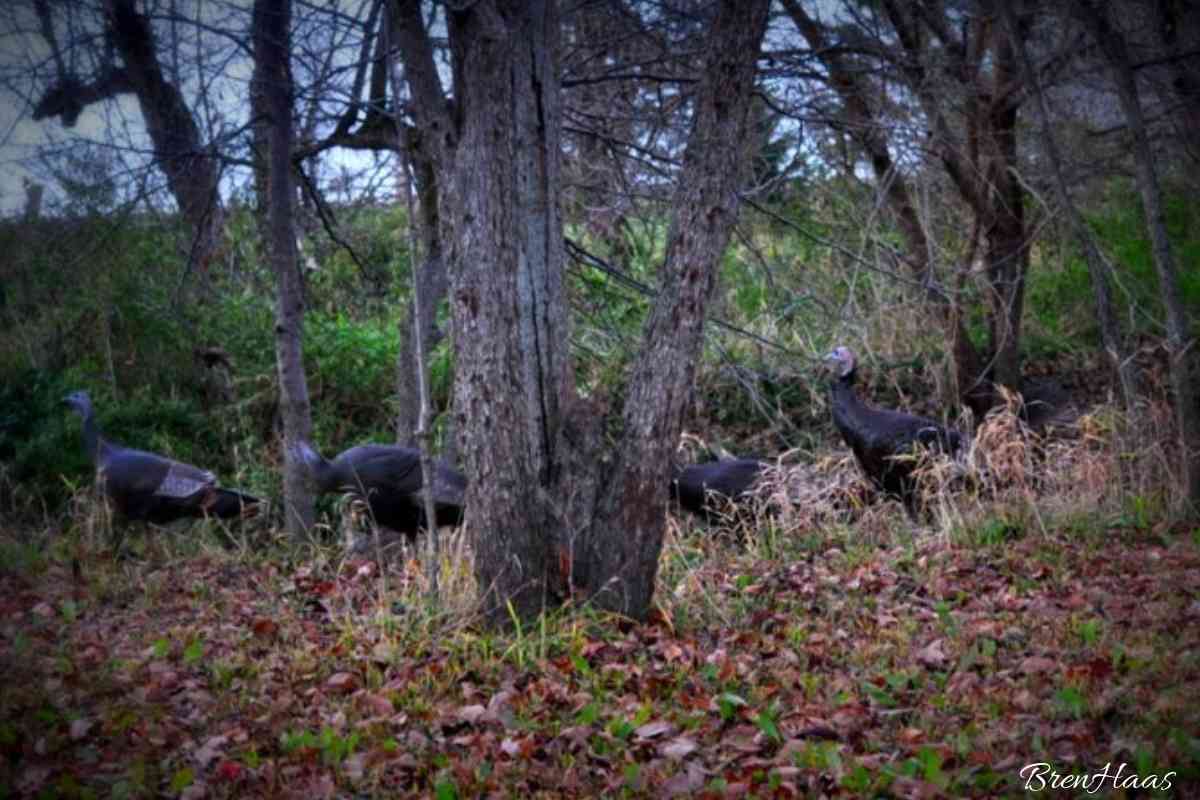 Here are some fun facts about wild turkeys in Ohio. The wild turkey returned to the state after many years of absence. This bird once inhabited forested areas of the entire state, providing food and sport for Native Americans and early Ohio settlers.  By 1904 there were no more wild turkeys in Ohio.   You can imagine what a treat it is to hear the turkeys in the woods around our home.

In 2014 a flock of wild turkey visited.  It was the first time I ever spotted them so close and outdoors.  Here are a few of the photos I took of that encounter.   I want to note that it is super important to keep your distance from wildlife like the turkey. The wild turkey is Ohio’s largest upland game bird and can attack you!  The critter stands three to four feet tall and weighing up to 24 pounds. Keep your distance!  They will gobble and let you know to back off!

At first, I thought it might be one of the eagles that nest close by but as I looked closer the bird was much ‘fatter’ and its head was small. As I got about 10 feet of the tree where these creatures were nesting I noticed there were 8 of them just above me…. they were turkeys. I had NEVER seen such a sight in my backyard.

Wild Turkey in the Tree
Watch with Caution

Just a few weeks before spotting the turkey in my backyard  I had spotted a flock of turkeys walking across the street in a Brighton, Michigan subdivision. I couldn’t believe there was wild turkey walking in town. Just look at that landscape! 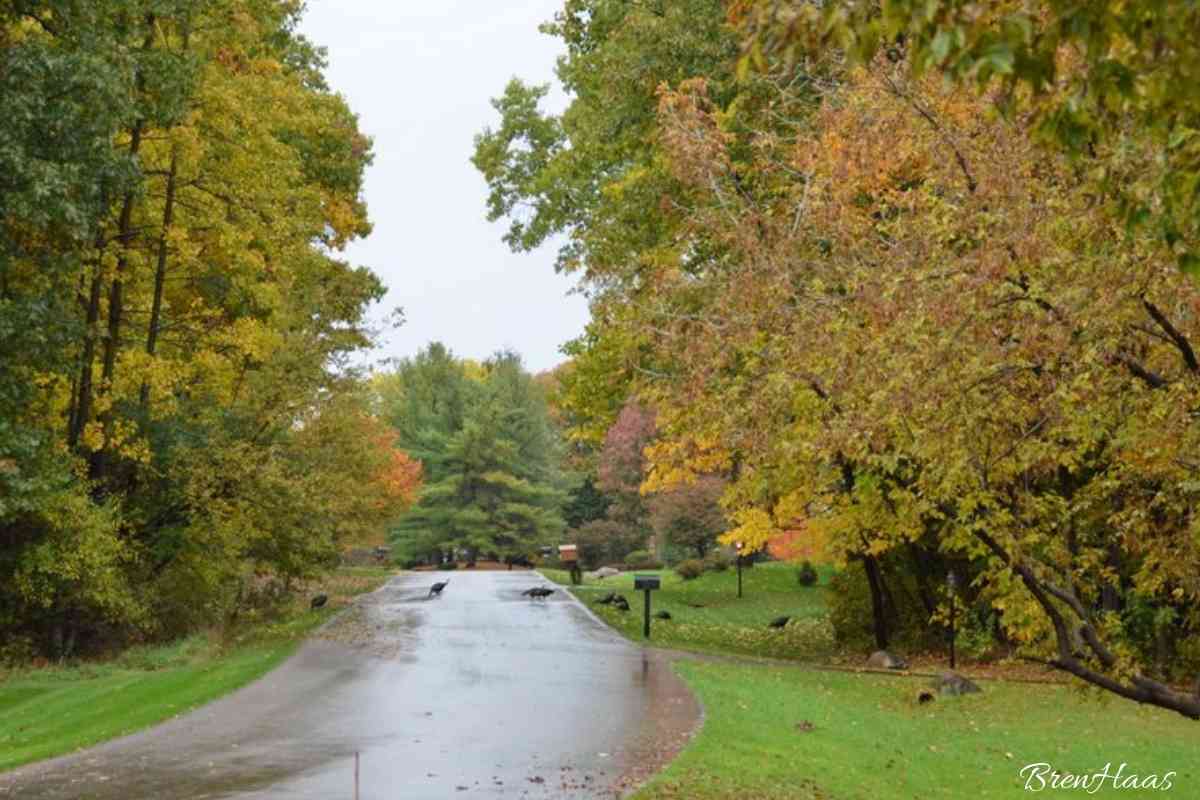 They just keep on walking like no big deal….

Welcome Wildlife To Your Backyard

Check out more wildlife blog post and how to welcome them to your backyard. 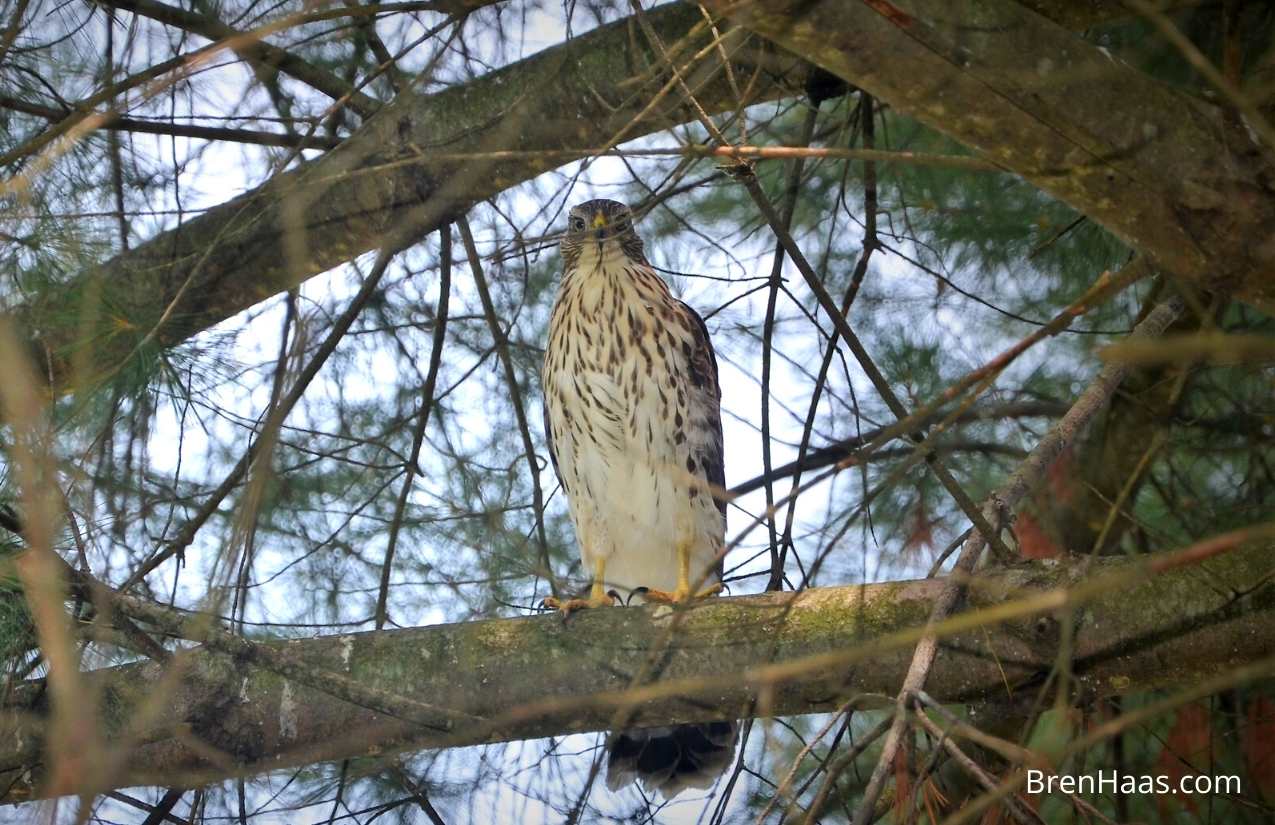 Cooper’s Hawk In My Backyard

What a surprise to find this amazing bird family only feet from my front door.  The birds have returned to a nest that was up

White Dogwood and Butterweed Along the Roadside 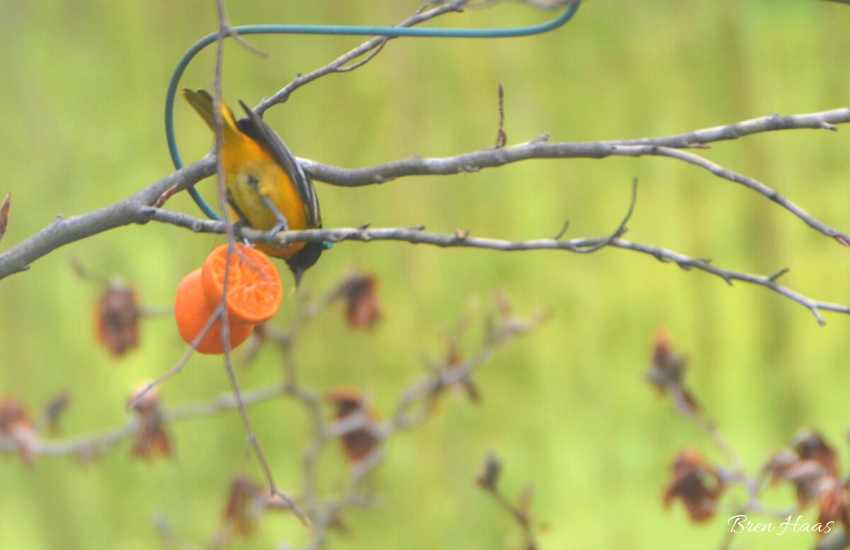 How To Welcome Baltimore Oriole To Your Home Garden

In this post I share how I welcome the Baltimore Oriole in my home garden.  You will see video, images and grab some links to 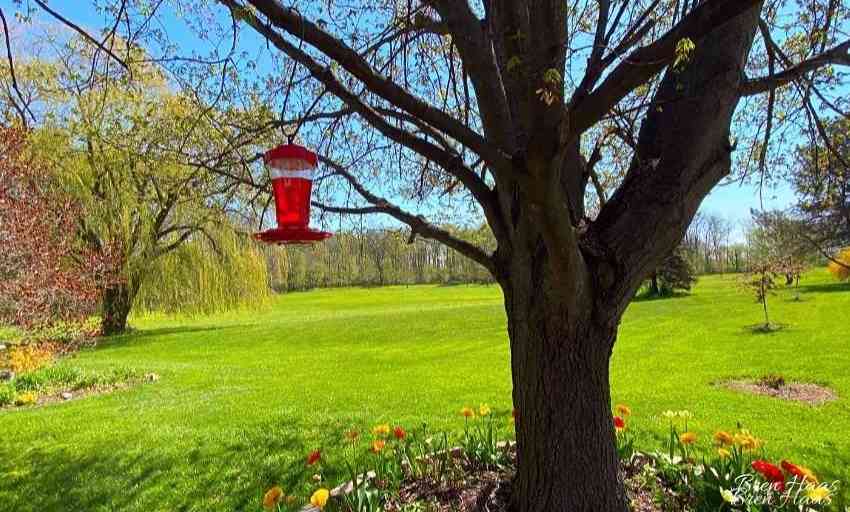 How to Make Your Own Hummingbird Food Recipe

In this post I share how to make your own hummingbird food recipe.  It is really easy… you can thank me later when all  the 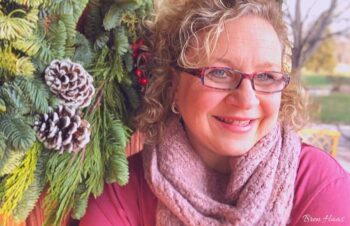 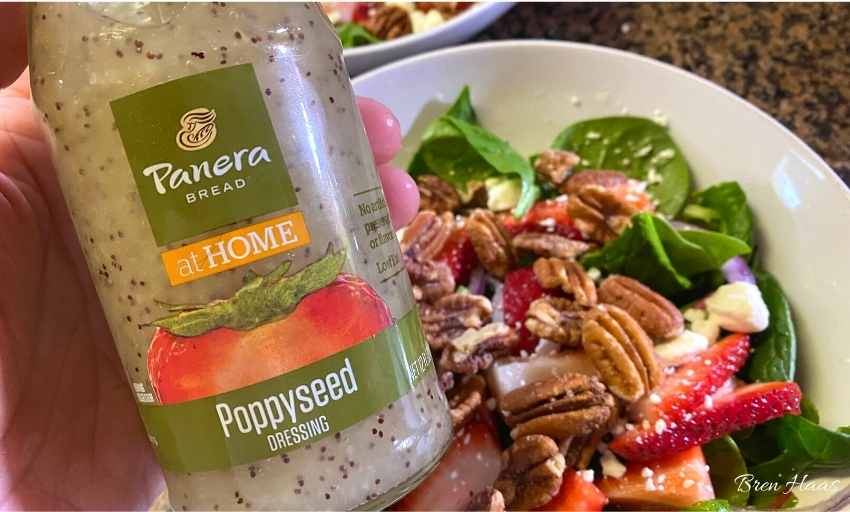 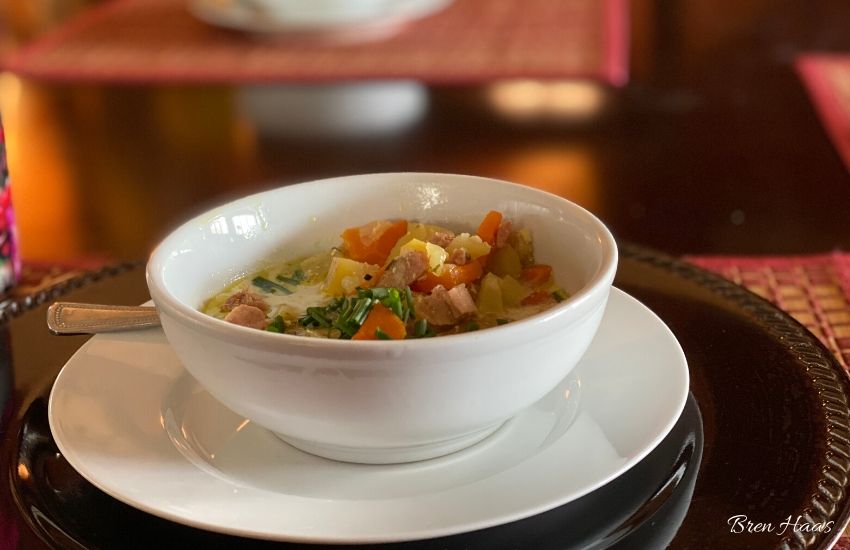 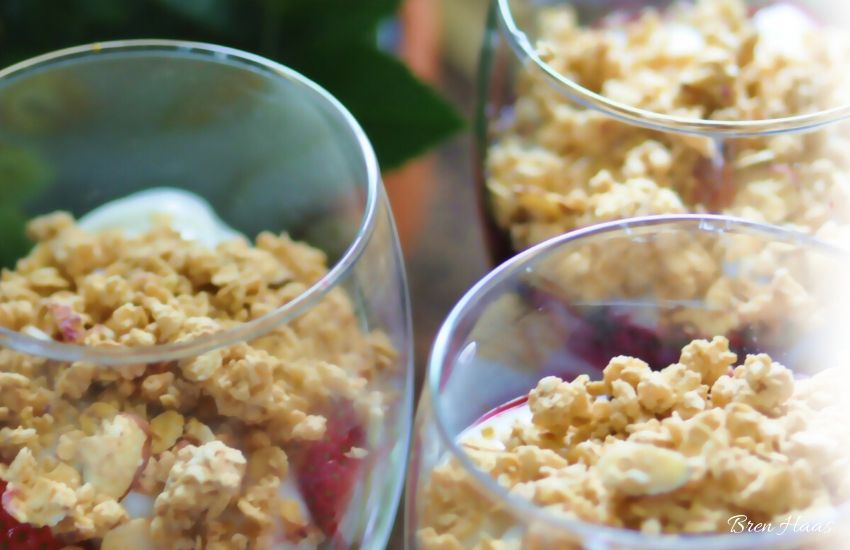 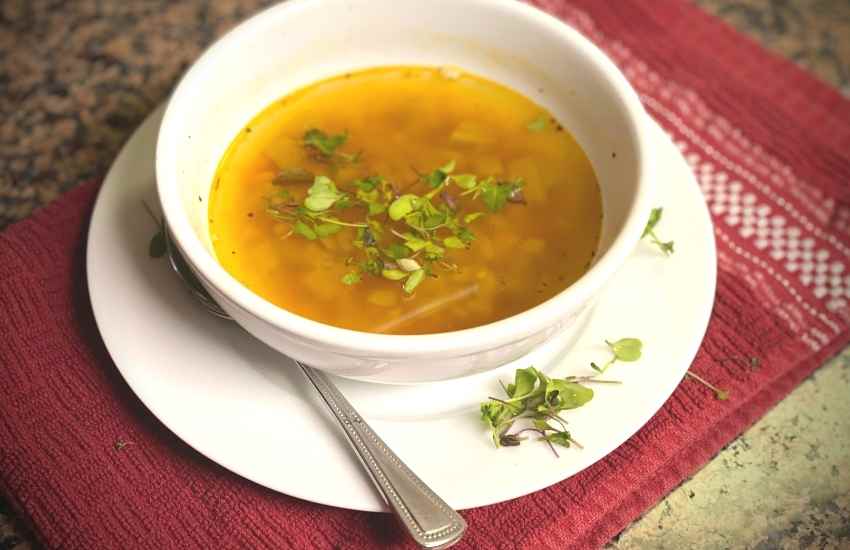 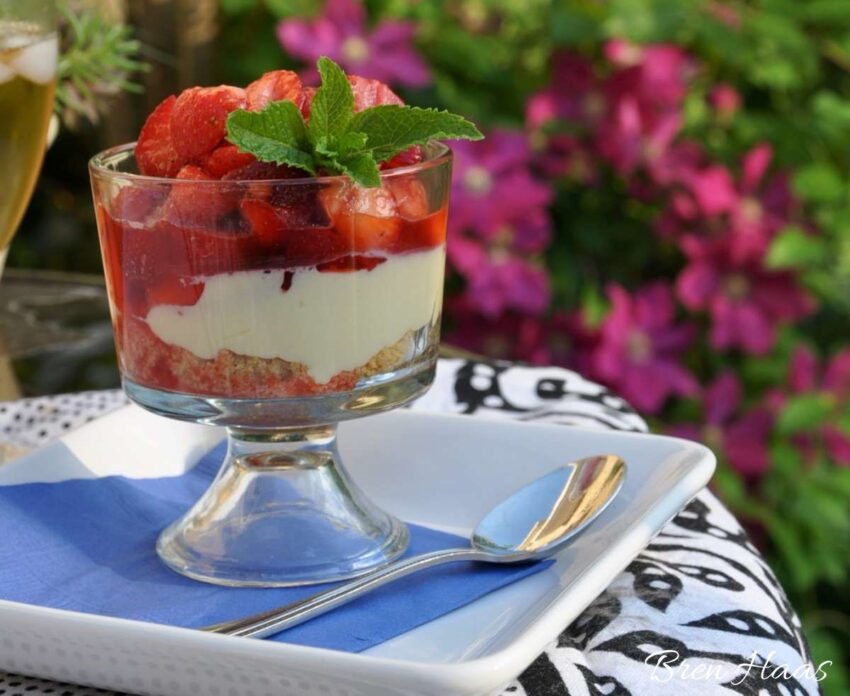 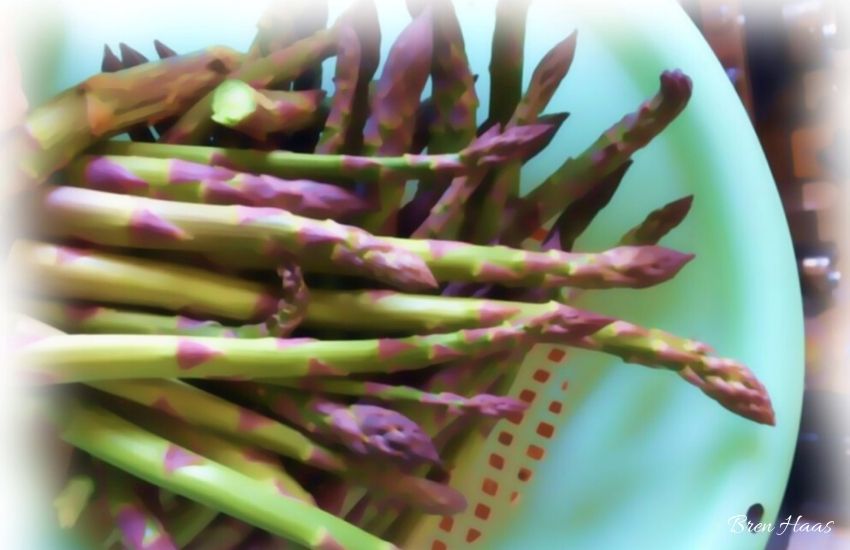 All content and photographs are copyright protected. Using content including but not limited to photos, posts and text without written permission is prohibited. Pinning or sharing on social media is encouraged but please ask permission before using any content from my blog for any other reason. © 2007-2022 BrenHaas.com All Rights Reserved.
PrevPreviousFrench Fry, Onion and Egg Bake Recipe
NextAn Autumn Visit to Nashvilles’ Cheekwood Estate and GardensNext
Menu